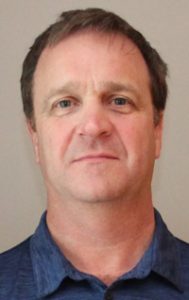 New Kent Robotics is proud to announce the addition of coach #2 to our team, Coach Tim!

Originally from Long Island, NY (but don’t hold that against him) Tim Relyea is a Technical Support Engineer with ABB in Richmond, VA.  He earned his  Associate of Science from S.U.N.Y. Farmingdale, Farmingdale, NY, and Bachelor of Science,Electrical Engineering from Clarkson University, Potsdam, NY.  Prior to school, he spent 4 years in the US Army where he jumped out of airplanes (perfectly good ones) and played with automatic weapons and high explosives.

Tim’s son Caleb Relyea is a founding team member of New Kent Robotics.  He is entering the 7th Grade at New Kent Middle School.  When he is not building his world in Minecraft, he enjoys creating things with Legos (and pretty much anything else he can get his hands on), as well as creating games in Scratch.

Both Tim and Caleb are super excited to be a part of the New Kent Robotics team and are looking forward to the inaugural season!

View all posts by Coach Randy